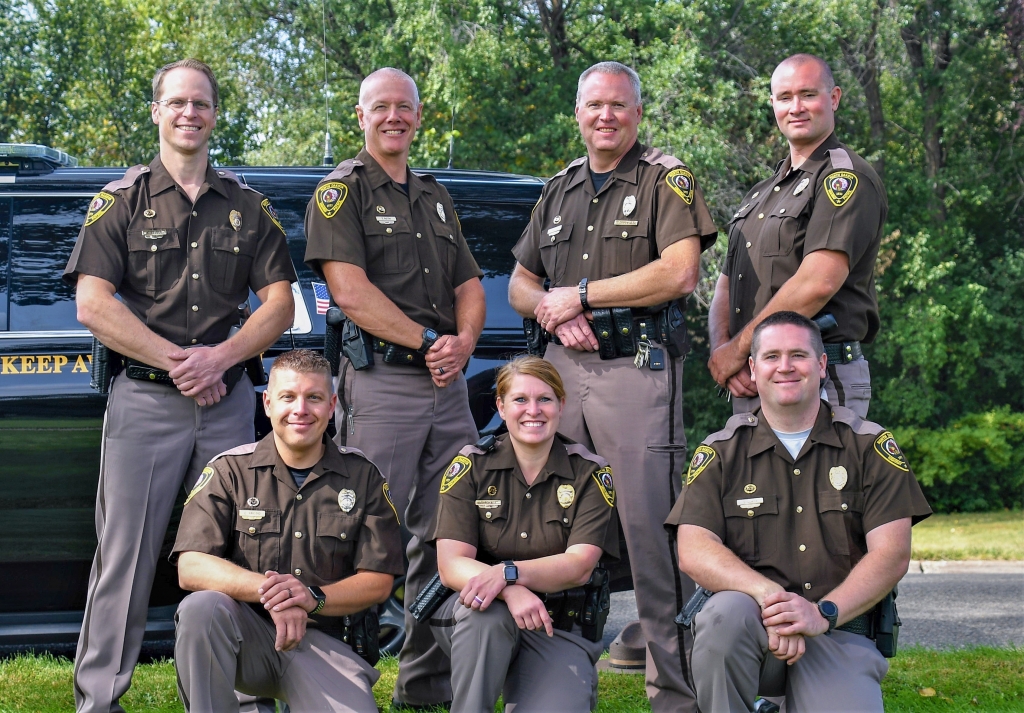 The North Dakota Highway Patrol’s K9 program benefits not only the NDHP, but numerous other agencies in North Dakota. Since the program began in 1994, it has evolved from one dual purpose K-9 team to 7 narcotic detector teams and 2 mantrailing teams.

The narcotic detectors are primarily Belgian Malinois or German Shepherds and the mantrailing canines are Bloodhounds. Each canine is paired with a designated handler and all train and work in their respective specialty.

NDHP K9s live with their handler and quickly become a part of the handler’s family when not working.  These dogs are all high drive, high energy and are ready to go to work every day.

These teams are stationed at various locations in the state and are ready to respond whenever called.

Narcotic Detector Teams complete approximately eight weeks of training and upon certification work to seek out drug couriers, assist local law enforcement agencies, search for illegal substances in schools, and help educate others about the danger of drug use. Watch a video of Trooper Schatz explaining her work with K9 Tara.

Mantrailing canines begin their learning at a young age and naturally progress to trailing/tracking. Upon certification, mantrailing teams assist local law enforcement agencies as well as local search and rescue teams. They respond to calls for lost or missing persons and also search for fleeing suspects or suspects who have left the scene of a crime. 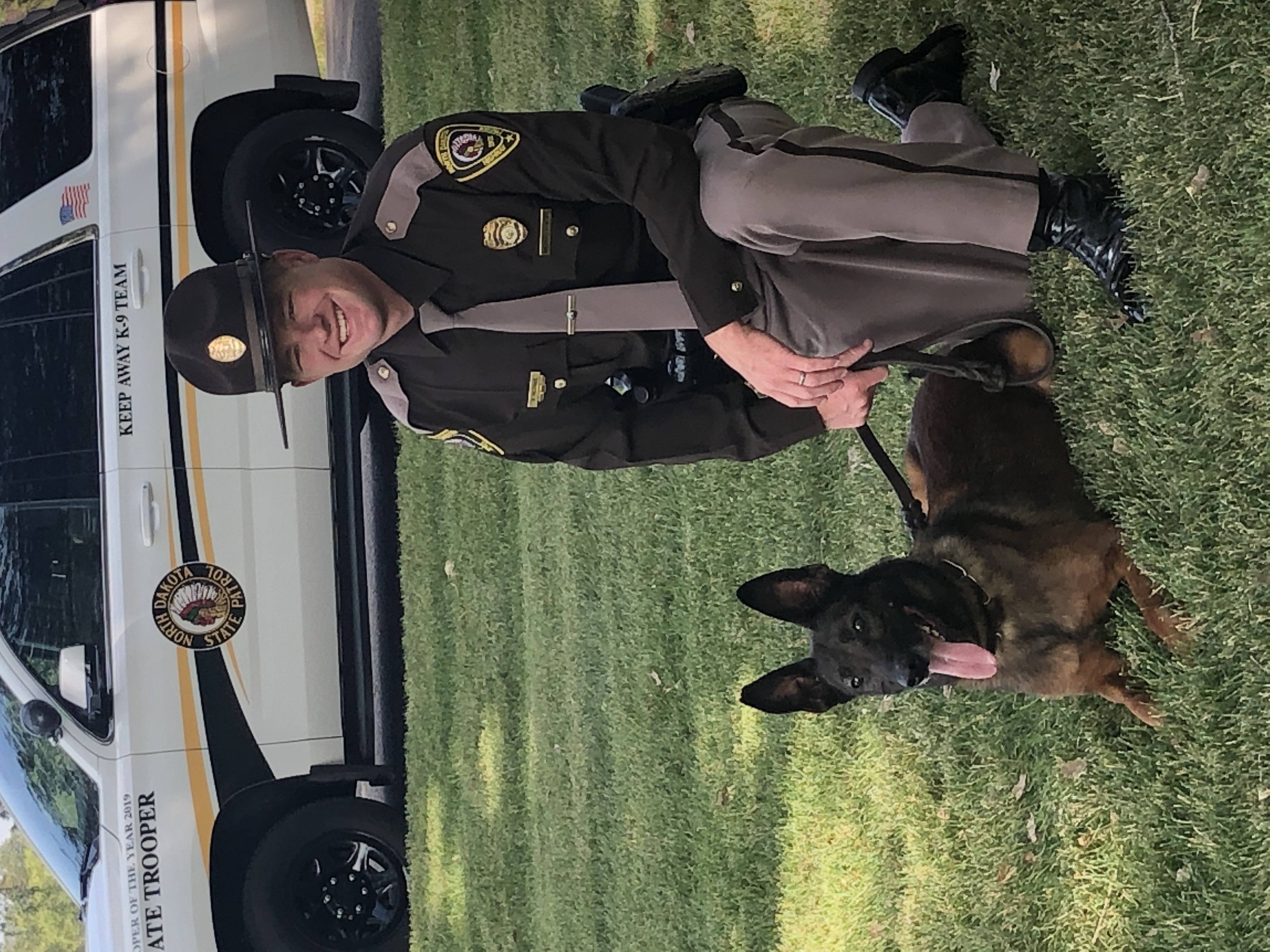 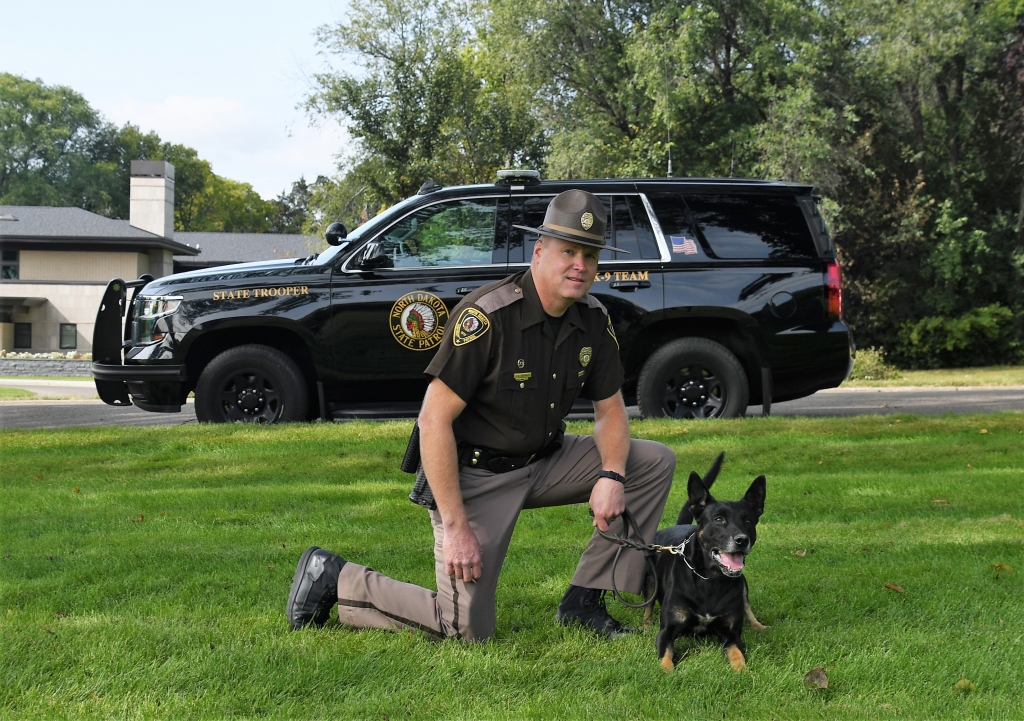 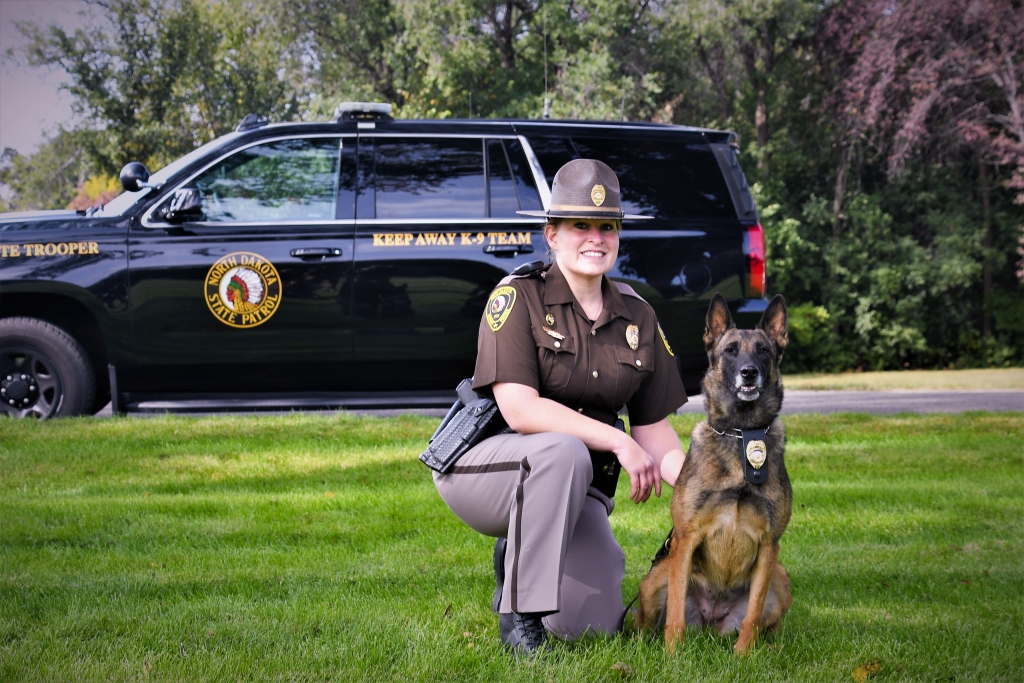 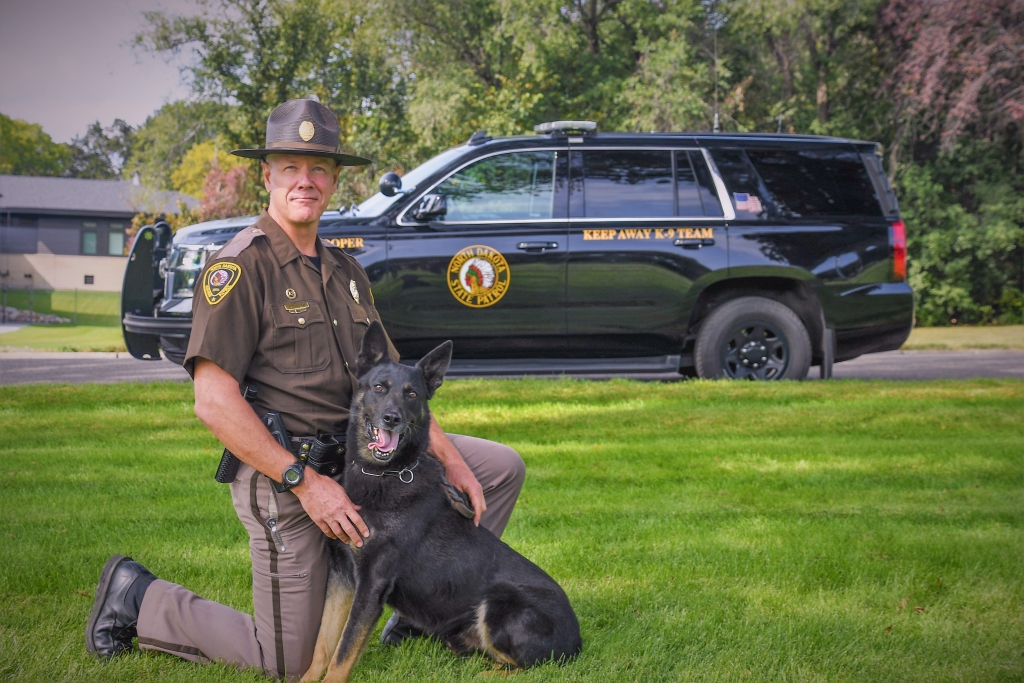 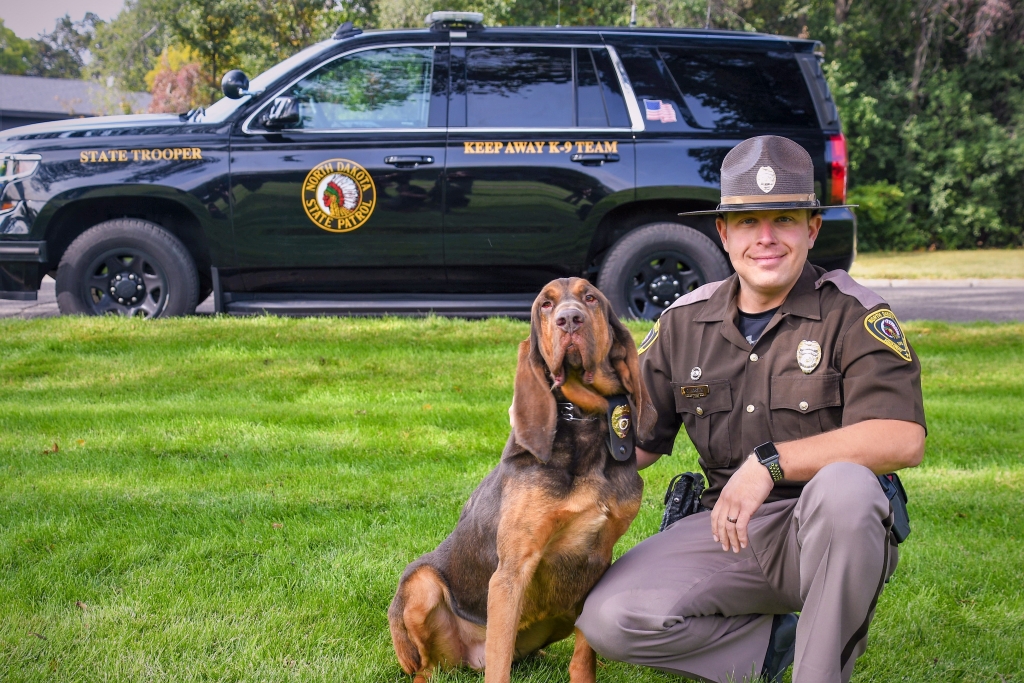 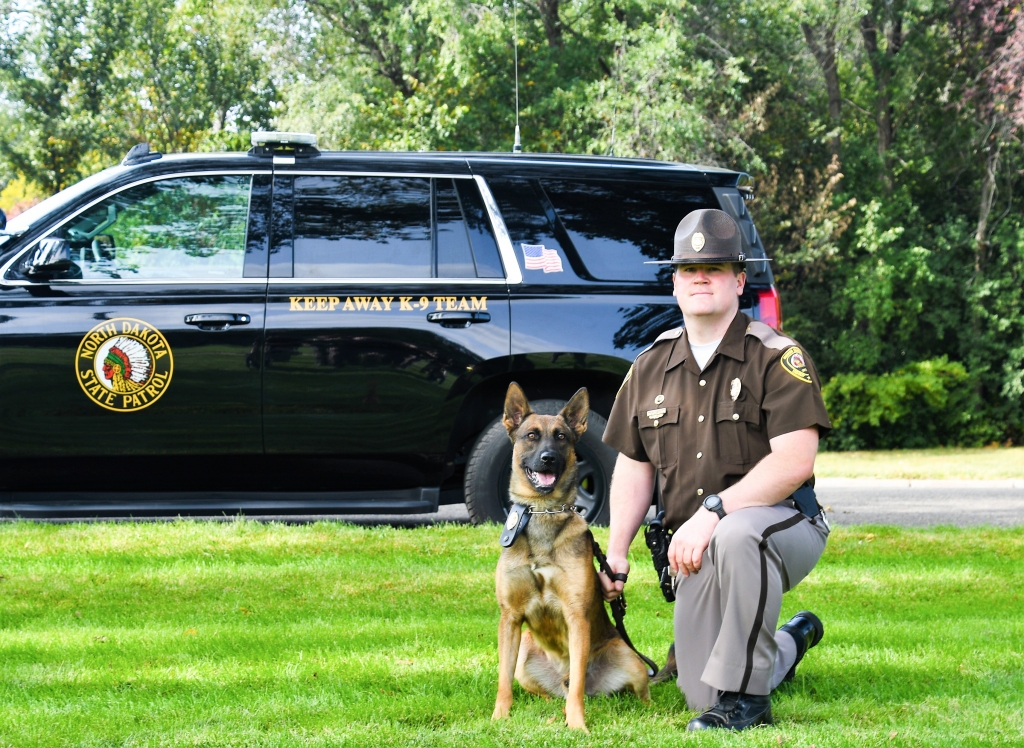 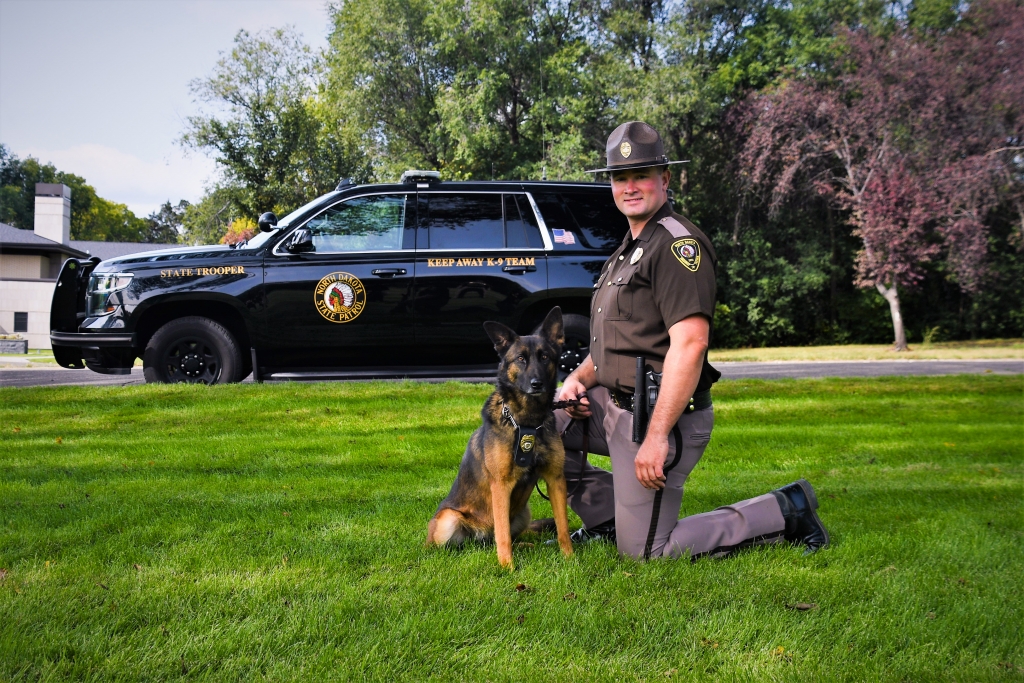